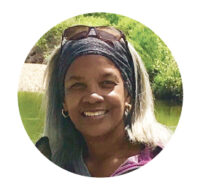 Lisa Stevens is a graduate of Michigan State University, with a BS in Zoology. Lisa went on to work for the next 34 years at the Smithsonian National Zoological Park, starting as a carnivore and pinneped keeper, and finishing her career as curator of primates and giant pandas. As curator, Lisa worked with a team of animal keepers, nutritionists, veterinarians, researchers and educators, to ensure the highest standards of care for the collection. Her special interests included environmental enrichment, husbandry and medical management  training. Lisa was part of the team which developed the award winning Think Tank and O-line exhibits, an innovative first-of-its-kind exhibit on animal cognition, which also permits the zoo’s orangutans to travel between 2 buildings to participate in, on-exhibit, research data collection activities. Lisa lead the giant panda program to accomplish the first successful birth, of a surviving panda cub, and served as media spokesperson. In addition to animal management, Lisa’s background includes team supervision, facilities management, exhibit design and renovation, as well as the planning and oversight of all education and research programs related to the animal collection. Lisa is also co-founder of Beads for Education, a 501c3 focused on girls education in Kenya.  I am excited to join the advisory board to help support medical innovation and its potential application to the medical management of zoo and domestic animals. 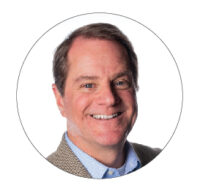 A fourth-generation entrepreneur, Carol Bowen can’t remember a time when she wasn’t involved with start-ups and small businesses. After receiving a B.A. in psychology and a Ph.D. in social science, she worked at two consulting firms before starting her own company, Bowen Marketing Consultants, in 1985, as a provider of strategic marketing consulting and market research services. Healthcare was a company specialty area, and projects were completed for medical products manufacturers, hospitals and healthcare systems, major medical journals, and pharmaceutical companies. She successfully sold the company in 2016.
Seeing a need in the children’s product market in the early 1990s, Carol and a partner founded Come Alive Publications, an award-winning children’s book, and accessory products company. They sold the company a few years later to a publisher.
In late 2012, following the death of her husband and fellow entrepreneur, Carol became the President of Materials Systems Inc. (MSI), a company that designs and manufactures sonar transducers for applications such as mine hunting, torpedo homing, medical devices, and oil and gas exploration. After managing the company for 2 years, Carol successfully sold MSI to Channel Technologies Group in late 2014.
Carol is an Advisor at the Museum of Science in Boston and serves or has served on the board of directors of several nonprofit organizations. She is an active angel investor as a member of Boston Harbor Angels and serves in an advisory capacity to several companies in which she has invested. Carol loves traveling; the Red Sox and Patriots (in good times and bad); hiking, biking, yoga & tennis; and can often be found in her garden in Massachusetts during the summer. 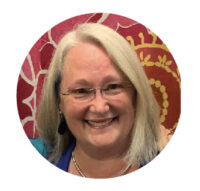 Andie Melendez is an experienced nursing leader with a strong commitment to developing people to be their best selves, performing to their highest levels of performance. Over the course of her career, she has worked in many specialty areas (cardiac surgery ICU, ambulatory surgery, dialysis and transplant, entrepreneur, etc.), and returned to medical-surgical nursing to strengthen awareness of med-surg as a specialty and to support the nurse who chooses this as his/her specialty. She spent a great deal of her career to date exploring ways to manage pain to enhance mobility and quality of life.

Andie has practiced for nearly 40 years in the acute care setting, started a consulting corporation as principle (Carlan Associates, LLC), developed and trained teams to successfully achieve TJC certification in ambulatory settings, and has followed her passion for holistic healthcare, both with the patients as well as the healthcare team. As a certified healing touch practitioner, Reiki Master and Holistic Stress Management Instructor (Paramount Wellness/Inspirations Unlimited), she has woven conventional Western practice with holistic healthcare practices in her role as Clinical Nurse Specialist, both in teaching and direct patient care.

She has offered a variety of courses to industry on managing stress with a holistic approach, as well as many presentations and articles on nursing, healthcare and wellness on an organizational, local, regional and national level.  Her passion for “living your best life” and improving health are a lifelong commitment. She currently sits on the Board of Directors of the Academy of Medical Surgical Nurses (AMSN) as a Director. The Academy of Medical-Surgical Nurses (AMSN) is the only specialty nursing organization dedicated to the practice of medical-surgical nursing. A dynamic community of more than 13,000 medical-surgical nurses committed to quality patient care through professional development, certification, scholarship, and advocacy. 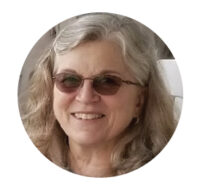 As Silicon Valley celebrates the 50th anniversary of the microprocessor, Madeleine Marshall recalls her early days as a mathematician at the Johns Hopkins University Applied Physics Laboratory working on one of the first commercially available microprocessors.  During her professional career as a mathematician, computer scientist, system engineer, and technical manager, Madeleine helped build the first miniaturized satellite navigation terminal (ancestor of the ubiquitous GPS navigators), a prototype of the first implantable insulin pump, a ship-based deep-ocean transponder survey system, instrumentation for Navy submarines, and a data system for the commercial trucking industry.  If asked, however, she will tell you that of the many projects she worked on, developing the ground systems used to launch and operate defense and scientific satellites were career highlights.

A post-retirement course change took Madeleine to South Carolina and into the world of small business, where she co-owned a small construction services business for several years.  During this time, she also served on the Citizens Advisory Board to the Department of Energy at the Savannah River Site, and on the Boards of Directors for an afterschool program for disadvantaged children, the local arts council, and her local church.  Since returning to Maryland in 2017, Madeleine has renewed her interest in space exploration as a NASA consultant and subject matter expert in space mission operations.

Madeleine is a graduate of Smith College and the Johns Hopkins University and has done post-graduate work in technical management, marketing, and music.  Madeleine and her husband raised their children in rural Howard County alongside innumerable dogs, cats, goats, various varieties of poultry, and horses.  Although no longer living the rural life, Madeleine enjoys gardening, cooking, sewing, and music in all its forms.